The Acer CF100 is the company's compact flash card with MLC NAND and CFast 2.0 interface. This is Acer's only standard CF memory card on the market, although they do have a CFExpress model (CFE100), which has a higher-end performance profile. Still, the CF100 is designed to handle fast-motion photo capture and 4K RAW Ultra HD video, and to survive the harsh work environments that professionals often encounter. It is available in capacities from 64GB to 1TB and is compatible with devices that support the CFast 2.0 interface. 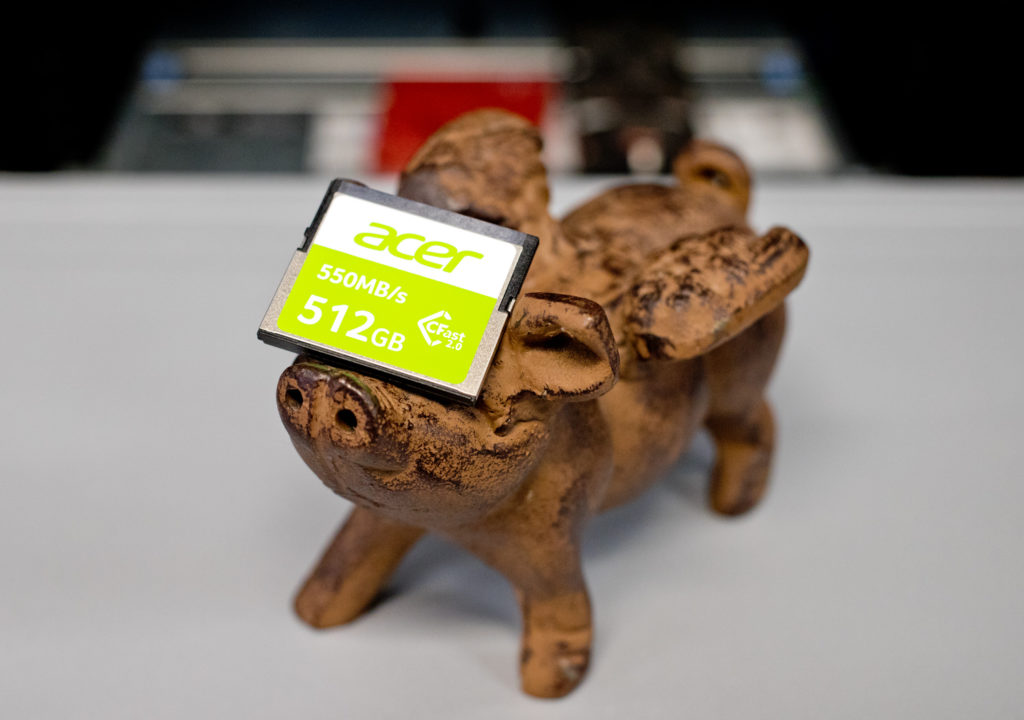 With its high-quality MLC NAND (consumer-grade flash memory), Acer says it can achieve read and write speeds of up to 550MB/s and 450MB/s, respectively, which is comparable to standard SATA SSDs. Those numbers are also about three times the performance of an SD card, so it's certainly suitable for professionals in the film, broadcast, and photography industries who need consistent performance for RAW 4K video recording on high-end equipment.

In terms of reliability, the highest capacity model of the CF100 is rated for TBW (total bytes written) and MTFB (mean time between failures) of 29.4 million and 2 million hours, respectively.

At 1.5 inches tall and 1.7 inches long (just over 0.1 inches thick), the Compact Flash card offers a lot of performance in such a small form factor. They essentially offer the same speed as SATA SSD drives, but in half the size.

That is, the CF card has the usual green Acer branding with company name, capacity, interface (CFast 2.0) and speed on the front. 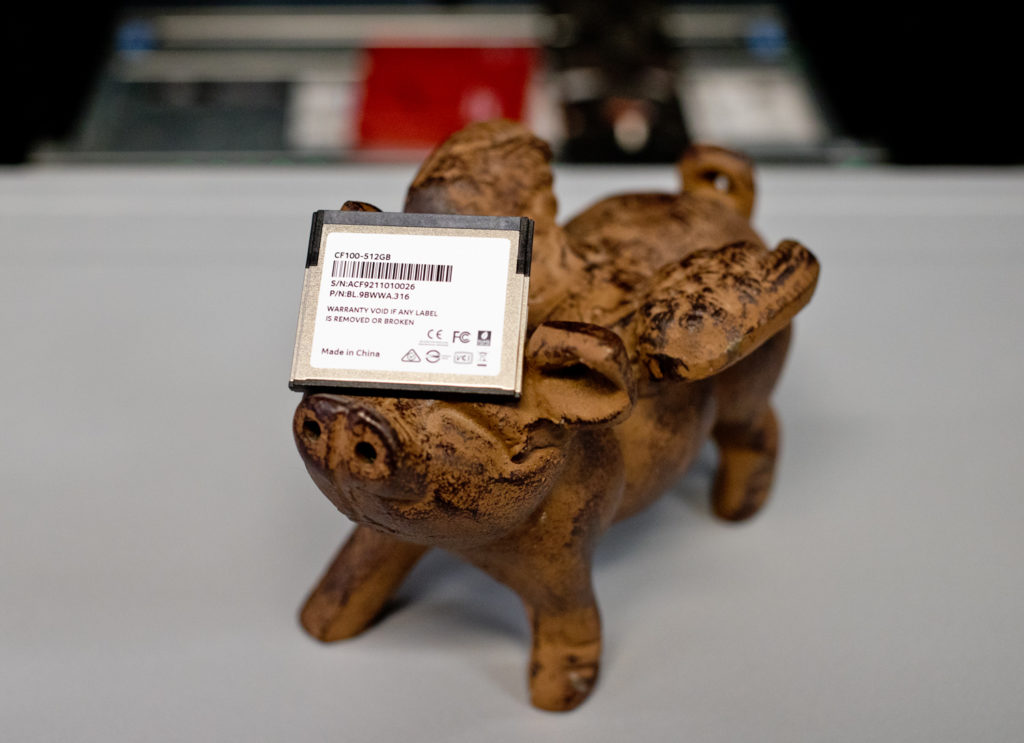 On the back is the product and serial number, as well as certification, capacity and warranty information.

To test the CF1000, we took advantage of the LaCie 1big Dock SSD Pro 's CFast 2.0 slot. It's a one-stop dock for creative professionals that combines the power of a variety of peripherals and storage solutions into a single device, complete with dual Thunderbolt 3 ports and an internal NVMe SSD. It also includes a CFexpress slot and an SD card reader.

We connected the 1big Dock SSD Pro to our Lenovo P17 Gen 2 workstation for our results.

First up is the Blackmagic test, which was able to achieve read and write speeds of 476.3MB/s and 119MB/s. That's much lower than what Acer cites in its spec sheet, especially when it comes to write activity. 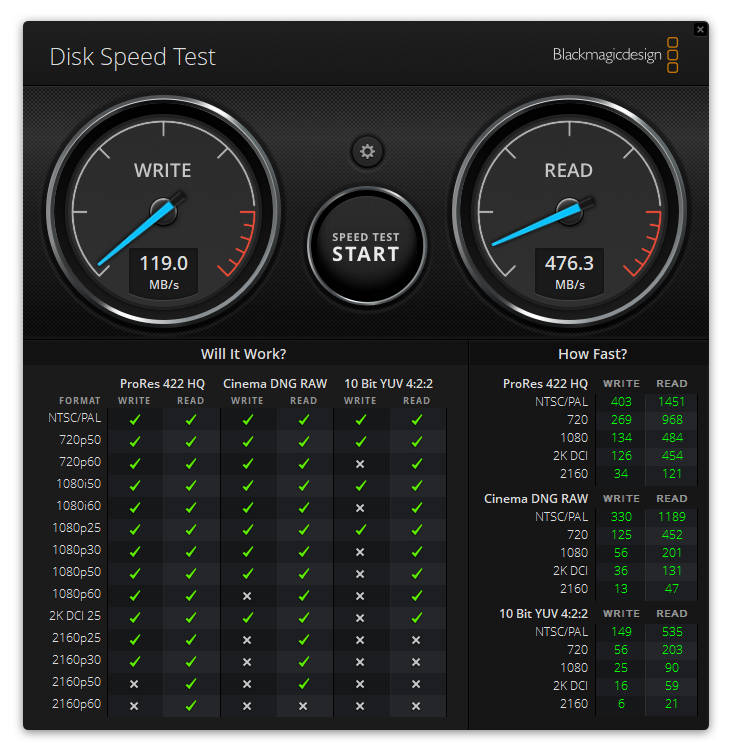 Switching to synthetic testing using iometer, the results are not much better. We looked at 1- and 4-thread chunk activity (2MB sequential and random) and 4K random performance.

The Acer CF100 is a compact flash card that supports CFast 2.0 (the interface can achieve read and write speeds of about 500MB/s) and is built with consumer-grade MLC NAND. It is designed for professionals working with fast motion photos and 4K RAW Ultra HD video/images in industries such as film, broadcast and photography. They're also built to withstand harsh and harsh work environments, with capacities ranging from 64GB to 1TB. 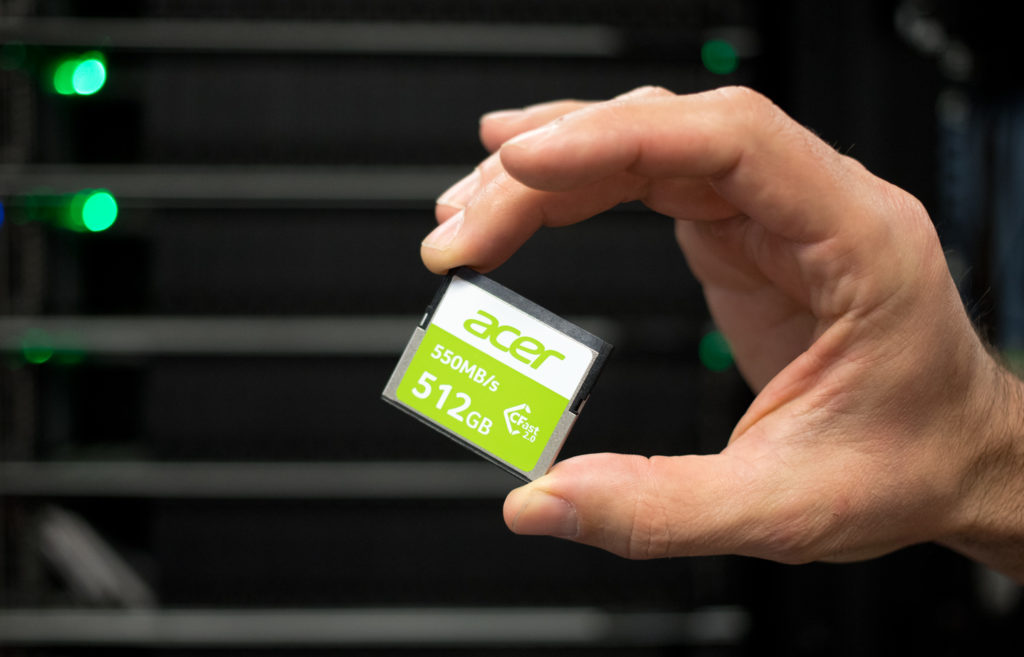 That said, Acer's CF100 compact flash card is a bit unbalanced overall. It couldn't hit its quoted 550MB/s read speed in any of our benchmarks, and it went even farther on write. In our Blackmagic tests it only hit top speeds of 476.3MB/s read and 119MB/s write, while sequential reads and writes in IOMeter (1 thread) hit 484.2MB/s and 132MB/s s. We also tested its random 2MB performance with a read speed of 374.3MB/s and a write speed of 132.8MB/s.

From the more demanding 4-thread test, the sequential performance of the CF100 was able to reach 480.5MB/s reads and 132MB/s writes, while random speeds reached 384.2MB/s reads and 130MB/s writes. So overall, it's about 75MB/s slower to read compared to what's on the spec sheet, and over 300MB/s in our benchmarks.

Although CF cards such as the Acer CF100 have better performance profiles than high-end SD and microSD cards, you'll find that many professionals will prefer the latter, depending on their gear needs. However, if you are a professional who needs the best performance from their high-end devices, then CF and CFexpress form factor memory cards are a good choice. Just know what you're getting (performance-wise) with the Acer CF100's sub-class write speeds.